sv: en: The Sandals of the Prophet | Profetens (s) sandaler

sv: en: The Sandals of the Prophet | Profetens (s) sandaler 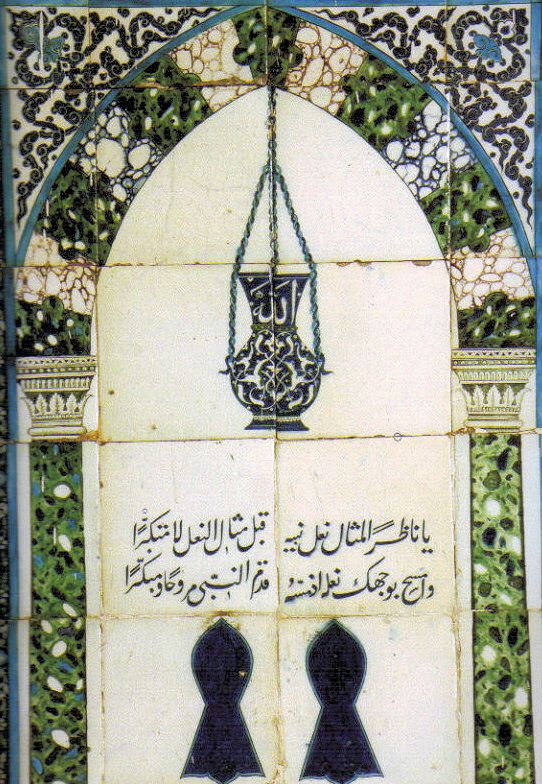 Sandal Of The Prophet- Heavenly peace and blessings shower upon him
Notes from Imam Ahmad al-Maqarri al-Tilimsani’s voluminous book on the Radiant Sandal of the Prophet, May Allah shower peace & blessings on Him
http://scholarspen.blogspot.com/2005/11 ... e-and.html

Re: sv: en: The Sandals of the Prophet | Profetens (s) sanda

Question:
Is it permissible for a Muslim, with the intention to emulate the Prophet (saw) to get sandals made on this design, just as many Muslims emulate him in dress?http://www.shukronline.com/the-prophets-sandal.html(In Pakistan, they can make sandals very cheap on any design and if permissible, I am planning on getting a pair made for myself and one pair as a gift for someone)

Answer:
by Shaykh Faraz Rabbani
In the Name of Allah, Most Gracious, Most Merciful

Walaikum assalam,
It is not only permitted, but a means for great reward to follow the Prophet (Allah bless him and give him peace) in his worldly habits.

An excellent discussion of these may be found in Book XX of Imam Ghazali's Ihya, whose translation is available in the Books section of the www.sunnipath.com library.

en: Sandal Of The Prophet

Sandal Of The Prophet- Heavenly peace and blessings shower upon him
Notes from Imam Ahmad al-Maqarri al-Tilimsani’s voluminous book on the Radiant Sandal of the Prophet, May Allah shower peace & blessings on Him

In Arabic the Prophet’s sandal is known as ‘Na’l al-Nabiiy’.

The Prophet’s sandal is an amulet full of bliss, peace and serenity. At time of stress and grief one should place it on their heart and eyes for its luminous effects.

It is a cure for the ill, pathway to relief for those in anguish, healing for the pregnant woman at time of birth, strong against the evil eye, and a symbol of security and protection for ships at sea, property from loss, house from burning, caravans from hostile attacks. People would use the Sandal image for the aforementioned reasons and also for a means of achieving immense blessings in the stations of this world and the hereafter.

From those who drew an image of the blessed Sandal, approved its miraculous blessings and served it from the Hadith Masters were Ibn Asakir & his student Badr Fariqi, Hafiz Zayn al-Din Iraqi & his son, Imam Sakhawi and Imam Suyuti from the east. It is well known that the following scholars of Morocco were foremost in drawing the image (Ar. Mithal/Naqsh) since they did not have the real thing, Ibn Marzuwq, Abu Bakr Ibn al-Arabi, Hafiz Abu al-Rabee’, Hafiz Abu Abdullah bin al-Ibar, Ibn Rashedd al-Fahri, Ibn Jabir Aashi, Ibn al-Bara al-Tuwsi, Abu Is’haq al-Undlusi. Ibn Asakir took it from the Moroccan Ibn al-Haaj and all hadith scholars thereafter took it from him.

The tribe of Ibn al-Hadeed preserved the Sandals and then they were kept in Jami’ah Ashrafiyyah, Damascus. Moroccan travellers such as Ibn al-Rasheed came to Damascus and drew images to take back for the people.

May Allah enlighten their graves with His light and reward them for their efforts.